Today I made the first tests with the CNC. I decided I would not wait for our concept to be final to start understanding the machine. And it was a good idea, as I learned a lot of details that will have an impact on the final file to import in Master Cam.

I had prepared a simple sketch in Rhino to work with: 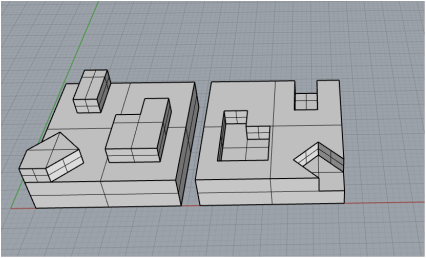 The idea was to pocket the shapes (shape A)  in one piece and to pocket around the shapes on the other (shape B) so they would fit in.

So, I made another Rhino file:

This time flat. But the same errors occurred. So I build a similar file directly in Master Cam. This was a great exercise and I learned a lot about the different cuts and how to build the paths so my two pieces would fit together.

I ended up CNCing more that only two files. Here is a pictures of the work: 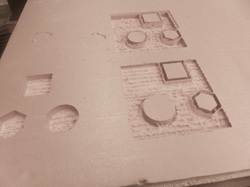 On the lower left you can see I pocketed the shapes counterclockwise. So the cut was inside the shapes lines. On the lower right is the other part that should fit into the first one. 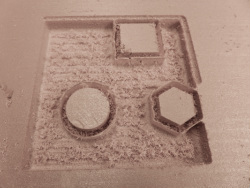 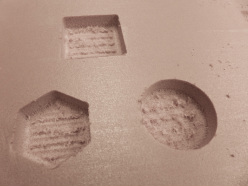 The pieces would now fit, but there is another problem: 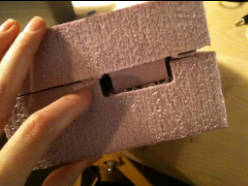 When I pocket inside the lines, I am using the diameter of the bit. So there is too much space in between the two parts. So, I have to consider the dimensions of the bit when creating the shapes in the original file, before importing it in Master Cam.