For the six mouths, most of my work with circuitry has be related to set up the circuit prototyping station.

My project Protective wearable led me to work with surface mount circuits. In the meantime Eric Rosenthal needed help to set up a circuit prototyping station at ITP. So I worked with him as a student researcher on the following: 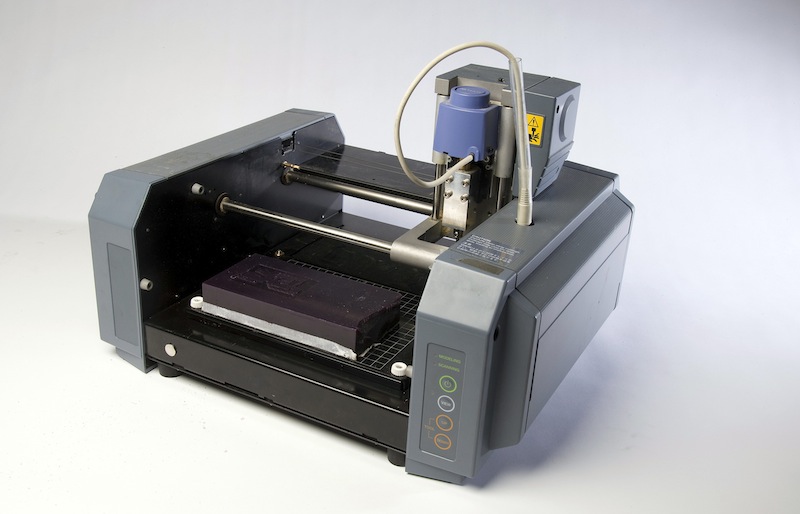 MIT has developed the Fab Modules to generate files for the Roland. You can find details on the Kokompe website. Before I learned about the modules, I made research and found this tutorial made by a Mishihito Mizutani. I started by working with this option.

Mishihito created this tutorial before the Fab modules were developed. This tutorial shows how to use a DRC (Design rule check) and a ULP in Eagle to export files for the milling and the drilling of circuit boards.

I tested it in Eagle while resident Ben Light was installing the machine. We managed to have it worked. But here are some comments about this process option:

Using this option is tedious as there are a lot of adjustments to make for every board we want to mill. So, I contacted the person who created this tutorial, Michihito Mizutani and he told me he does not use it anymore. He strongly suggested we use the Fab Modules created by MIT.

I anyhow adapted his tutorial for ITP. You can consult it here.

MIT Center for Bits and Atoms developed a set of modules to work with the Roland. It is called the Fab modules.


﻿On OSX ﻿
As most of the students use Apple computers, I tried to install the fab modules on a Macbook pro. It did not work as it is getting more and more difficult to install that type of applications in OSX. The Fab modules installation instructions are not up to date and it was not possible for me to install it on a Mac.

On Ubuntu
I decided to make a little survey to see which operating system was the most used in the Fab Lab network.

Chigaco Fab Lab
Contact: Rabiah Mayas (rabiah.mayas@msichicago.org)
They use the modules on Windows, but they recommended to use them on Ubuntu, as the Windows installation is very hard.

Fablab Manchester
Contact: fablabmcr@manufacturinginstitute.co.uk
They use the fab modules on Ubuntu.

Ubuntu first attempt
To make some tests without preventing people to use the Roland, we bought a pc on which I could install Ubuntu.

I installed Ubuntu from a usb with this tutorial. And it was very easy.
Then, I installed the dependencies needed to run the fab modules. It runs on Linux and it was to first time I installed stuff that way. It took a while to find the proper version of Python, error messages kept coming, but I found it after couple of tries.

I tried to compile the modules, but it did not work. I kept having the same error:


I then asked a linux programmer the have a look, Gal Gasson. He managed to compile the modules on his computer.
Here are the steps to install the pre-compiled files on Ubuntu:


3 - Then add the line "export PATH=$PATH:/home/itp/Desktop/fab_modules/bin"
(*edit this line so it fits with the location of yor bin directory on your computer)

We decided to install the dual boot on the computer that is currently connected to the Roland, so we would not have to reinstall the Roland software on the Windows side.

Backing up the hard drive
To make sure we would not loose any of the work that was done on the computer, I decided to back up the entire computer using a system image. Here is the tutorial.

Partition the drive
Then, I needed to partition the hard drive to allow space for Windows 7 and Ubuntu.
I used this tutorial. The partition and installation worked fine.

Installing the Fab modules
I reinstalled the fab modules on this computer using the same steps as before, using the precompiled modules from Gal.

To know if the computer recognize the usb port on which the modela is connected, I used gtkterm.
Once the connection is confirmed, I have to give the computer the authorization with this command:

Now, the computer will be able to communicate with the Roland directly through the USB Port. We might have to reenter this command sometimes when the computer has been used on the Windows side and we want to use it again on the Ubuntu modules.

Here are some tips on milling from the Fablab network.

When I started to make tests with circuits, something weird was happening. The paths were clearly wrong.

I tried with the old version of the Fab modules from a file sent by AS220. I also tried with the latest version installed from the pre compiled files by Gal. The same problem was happening. 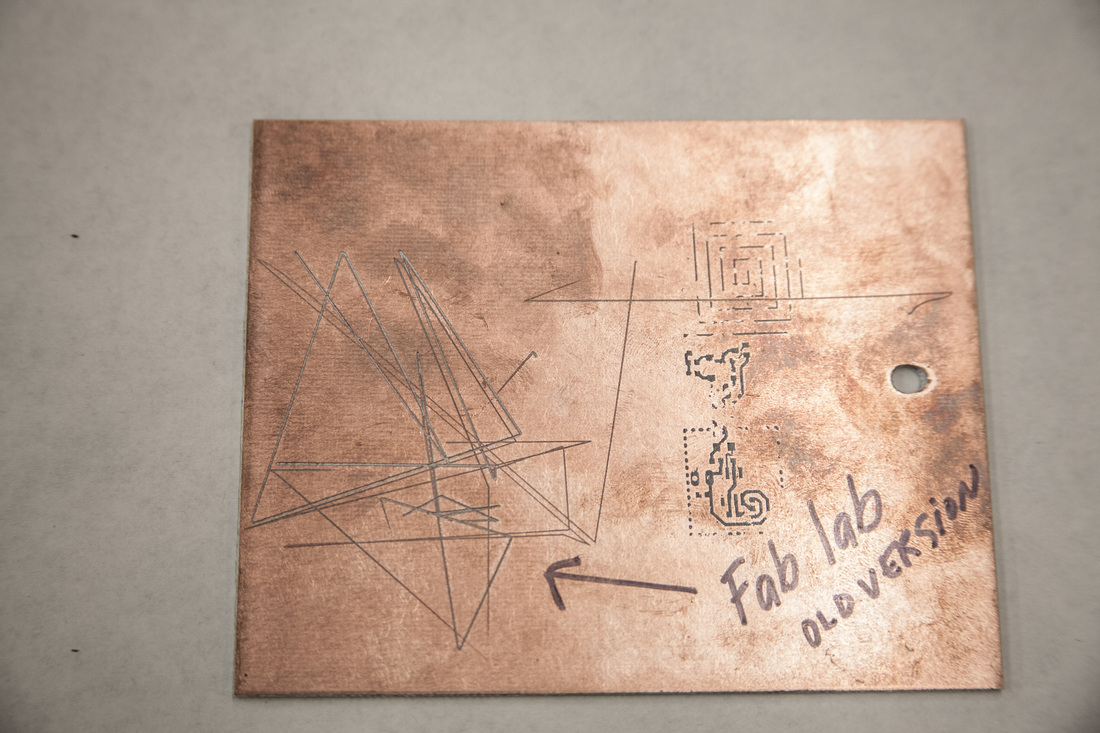 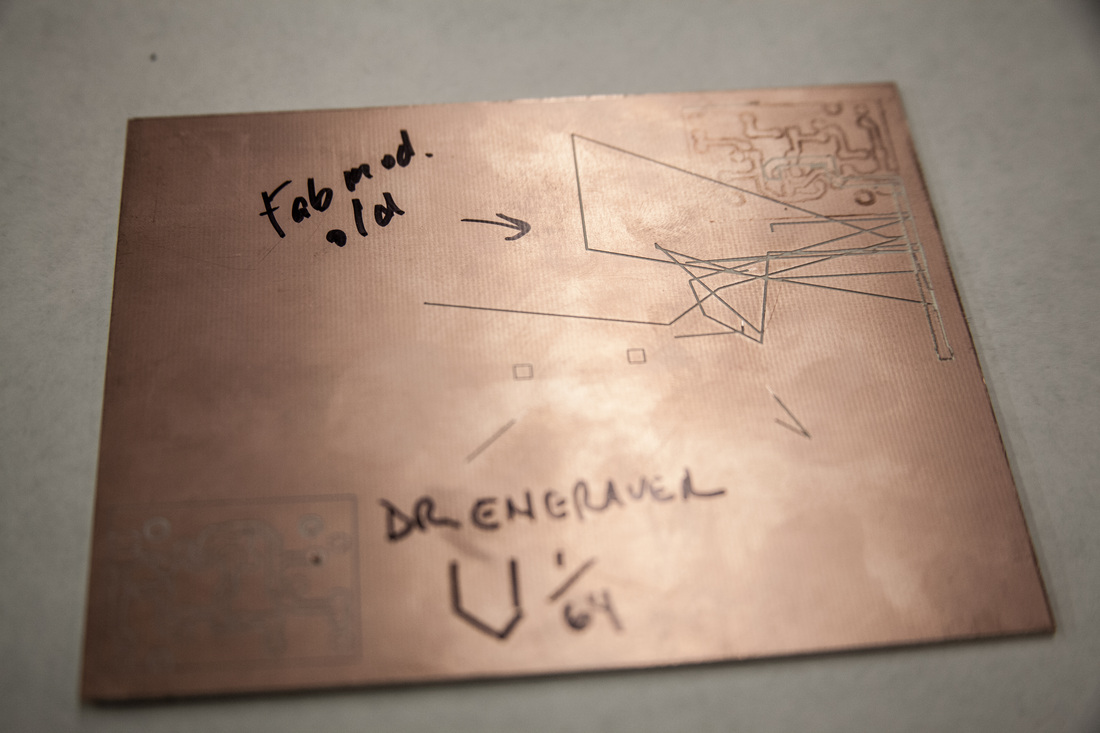 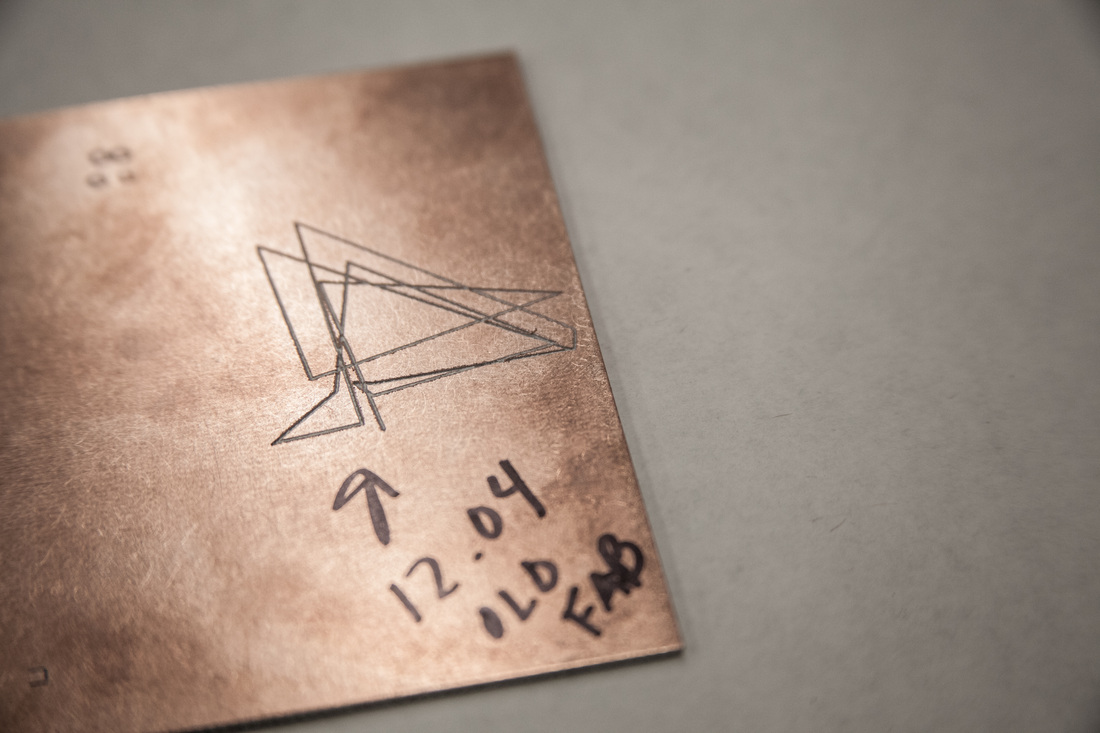 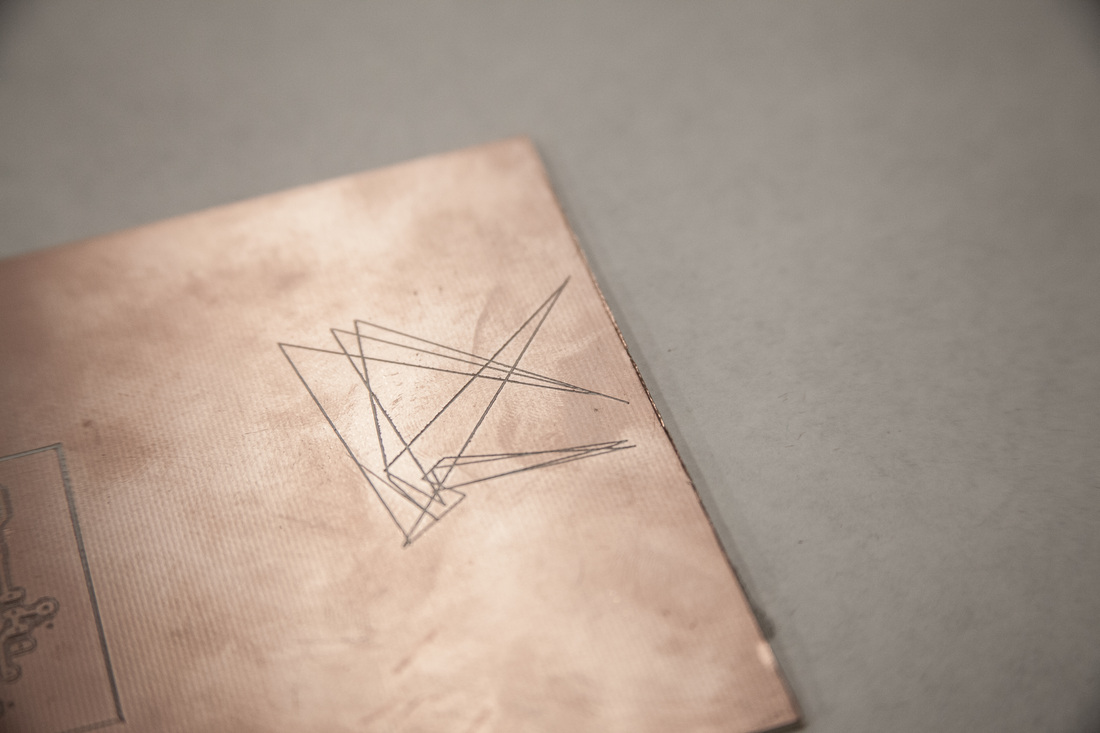 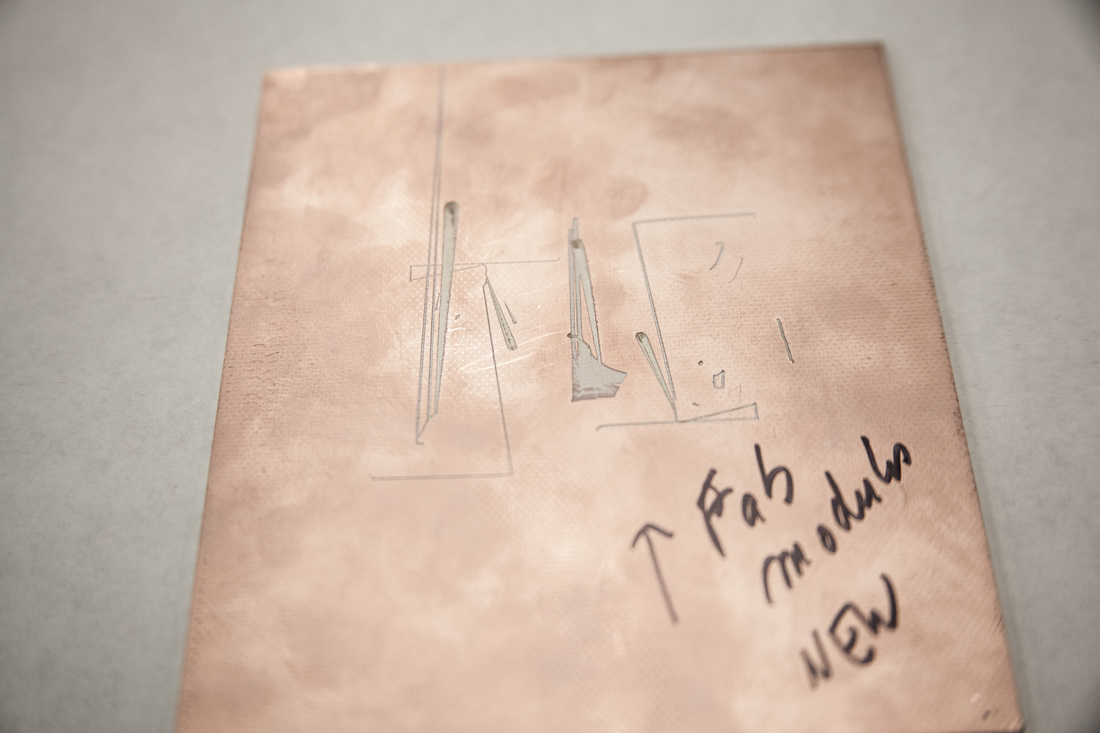 The paths generated were clearly not right. I though it was in the modules so we tried several versions.

We tried with the Roland software called Dr. Engraver and it worked well. 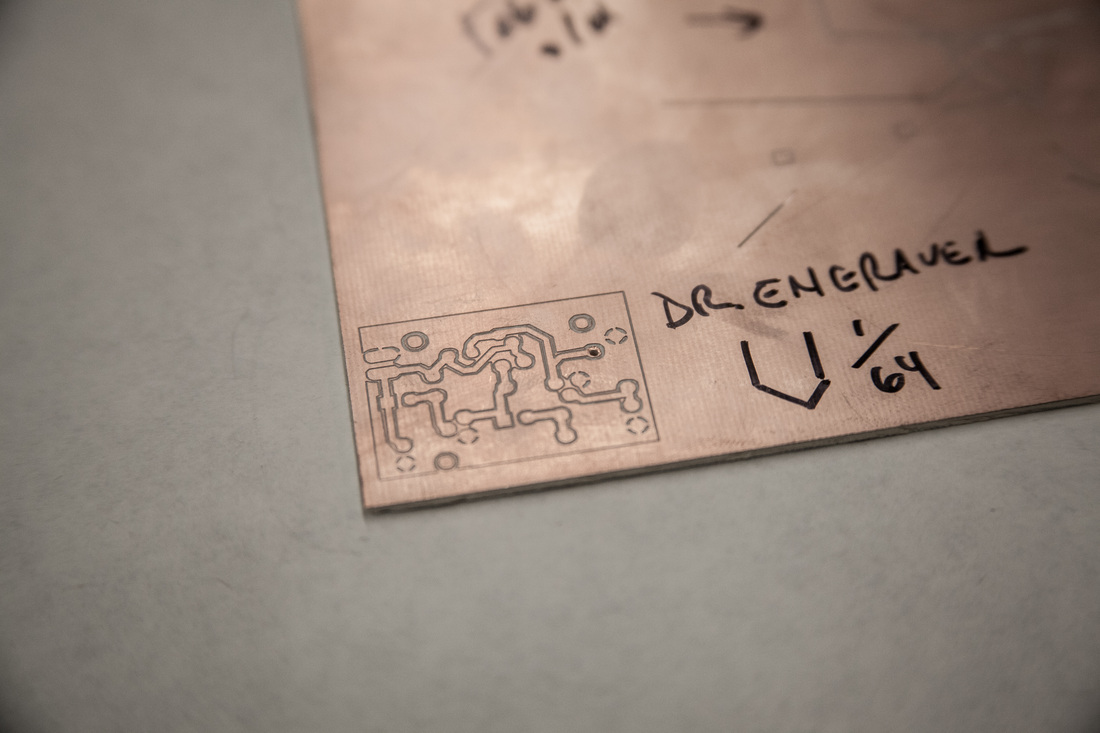 Problem in sending the file to the Modela
This gave me the idea to check if it was in the sending that the problem was.

So I checked if the baud rate of the computer was the same as the Roland and it was, so that was not the problem.

Than I searched for an application that would allow me to take the file generated by the Fabmodules and send it to the Roland.

I also contacted Mishihito and he confirmed he had the same problem!!! He told me he uses the Fab modules to generate the files in Ubuntu, then switches to Windows to send them to the Roland.

And it works perfectly well! 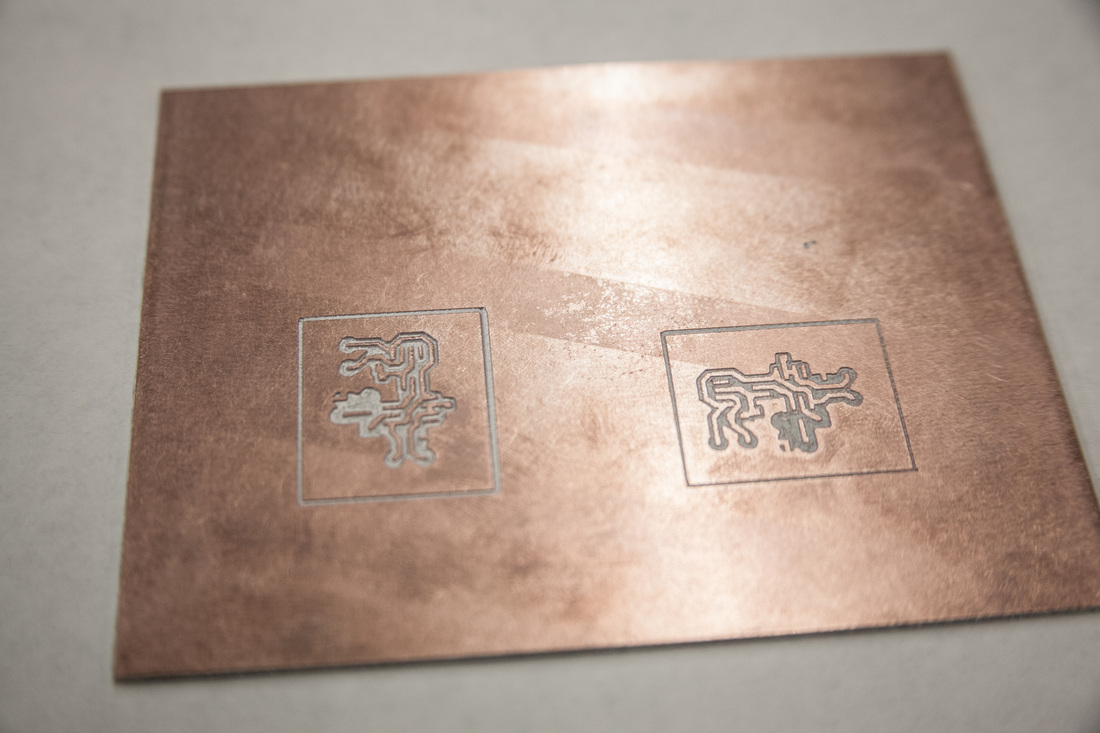 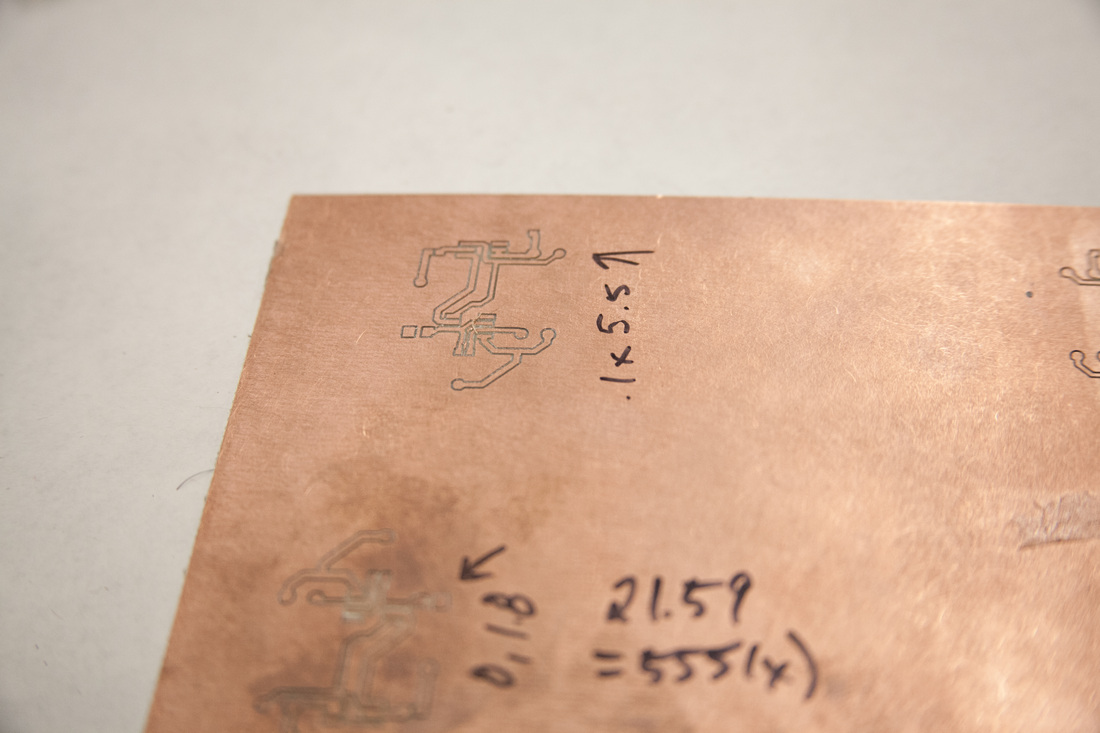 - On Ubuntu and the Fab modules;
- In Eagle.